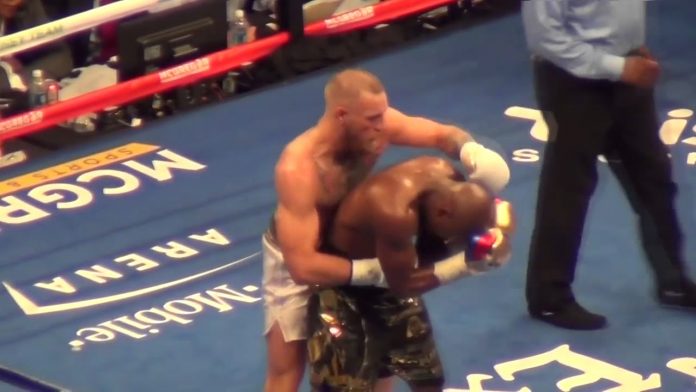 The term rabbit punch may not seem dangerous at a quick glance, as if it had not caused numerous deaths to boxing practitioners throughout its history. In this article we shall have an in-depth discussion as to what a rabbit punch in boxing means, and what its concomitant consequences are.

Why Is It Called a Rabbit Punch and What Does It Mean?

The term rabbit punch originated, or can be traced back to a technique hunters would use to quickly kill a captured game.

This technique is preferable because it is supposedly more humane; it is not a bloody way of killing a rabbit as opposed to other means that make an animal suffer unnecessarily.

A rabbit punch in boxing is performed by a lethal blow to the back of a fighter’s head; specifically to the base of one’s skull, similar to how hunters do it in the field with rabbits.

Is a Rabbit Punch Legal?

The head of a boxer is one of the favorite spots to strategize on and punch to achieve a knockout. The harder the impact, the more sensational a knockout might be.

Therefore it is absolutely necessary to keep your guard up.

Clearly, to punch someone’s head is not illegal, no matter how hard and intentional.

A rabbit punch is deemed illegal, not because it is aimed at the boxer’s head, but because it is performed at the backside, at a highly vulnerable spot that may cause irreparable damage, not to mention an untimely death.

Also, a punch to the back of the head doesn’t accord any boxer an opportunity to protect himself.

Former Puerto Rican boxer Prichard Colon (16-1), an amateur standout and gold medalist at the Panamerican Youth Championship, is one of the best recent examples of those who have suffered and whose careers have been ended by the infamous rabbit punch.

Colon barely cheated death and was rushed to the hospital after his super welterweight bout with Terrel Williams in 2010. He was reportedly punched illegally in round 7.

Up to this day Prichard Colon is barely able to function normally. His communication skills are badly affected after suffering from brain bleeding.

When a boxer is hit with a rabbit punch these two common symptoms occur:

When a boxer is hit and experiences these symptoms and, or, extreme headache, the only recourse for boxing officials is to end a fight and have the boxer checked immediately for possible head trauma.

If so, the pressure in the victim’s head must be released. 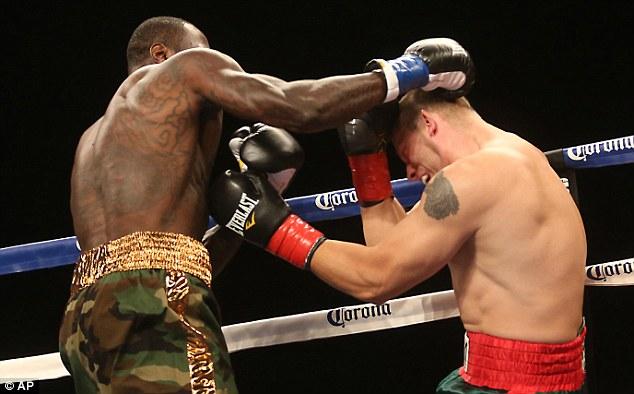 Penalties for Throwing a Rabbit Punch

Unlike other violations in the sport of boxing, the rabbit punch has drawn the most controversy.

In paper, the penalties accorded to a boxer for rabbit punching is basically the same as for throwing low blows and other non-lethal ring violations, such as intentionally hitting with an open glove, the wrist, or the backhand.

Or, even intentionally spitting one’s mouth guard to cleverly gain a few moments of rest.

This, despite the dangerous effects a rabbit punch may bring, has many boxing aficionados calling for more strict penalties.

The penalties for a rabbit punch will depend on the following factors:

Unfortunately, in spite of the danger involved in rabbit punch violations, its penalties are: a warning, a point deduction, and a disqualification.

How Fights Are Decided

Boxing matches can be so exhilarating to watch, but the primary role of a referee is not only to make sure that the fight is performed according to boxing rules, but also to see to it that the fighters’ health remains a top priority.

After observing the aforementioned factors, if the referee decides to stop a fight due to an intentional rabbit punch that causes the other fighter to discontinue, the violator shall be subsequently disqualified.

This means the fight will be awarded to his opponent.

If, however, the bout is stopped due to an unintentional rabbit punch that also causes the victim to quit, unable to fight on, the rules applicable to head butts apply. Thus:

If the match is ended before the end of the fourth round, it shall be ruled as a Technical Draw. But,

If a match is stopped from the fifth round onwards, it shall be ruled a Technical Decision.

This means that the result of the bout will be based on the judges’ scorecards for up until the fight was officially ended.

Despite the gravity or its potential dangerous consequences, a rabbit punch is not always ruled as illegal.

In many cases even, the victim may be blamed for whatever hurt is sustained.

It is important that a boxer does not turn his head, which exposes himself to a rabbit punch, especially when a projectile is on its way to the target.

If this happens, especially considering the emotions surrounding a fight, a boxer who accidentally hits his opponent for the latter’s irresponsibility cannot take the blame, nor should he be penalized for it.

A rabbit punch is common when fighters get tangled. Arms partly wrestled, boxers tend to throw hooks to the head without being able to really see through its proper execution.

Mistakes can happen when you throw a punch in a less than ideal position, or when boxers are too close to each other, turning their heads expectantly against every incoming punch.

This also happens a lot when, as a defensive style, a boxer hunkers low. Some prizefighters duck their heads too low, sometimes below the opponent’s waist, prompting the referee to call their attention.

Doing these will put you in a difficult and vulnerable position. From the opponent’s point of view, the base of one’s skull might even be easiest to hit below even if purely unintended, but angle-wise.

In the heat of a battle, against the ropes, or trapped in a corner, is a situation ripe for violations to spring- intentionally or otherwise. Referees must therefore be extra vigilant and be ready for anything that might happen.

When taking a serious beating, roughshod to a point where the fight of an athlete had fled, the referee ought to step in and stop the fight to prevent further injuries.

Perhaps it is also best for a cornered, physically beaten up boxer to just take a knee to avoid a rabbit punch from a crouching, lowered position.

A punch to the face stings, and will cause much bleeding if it cuts through skin. And since this impacts the surface area, the epidermis, where there is a high concentration of nerve endings, it is going to be more painful than a blow to the back of the head.

A powerful punch to the jaw or the temple will jolt a person’s brain that is protected by the cerebral fluid.

If the impact is sufficient enough to affect the brain, causing it to collide against our head’s protective walls, a shock is delivered as it bounces around.

This collision will cause trauma, and as a manifestation of the brain trying to adjust, a fighter struggles to find balance.

Once struck real strong a boxer stands on rubbery legs as the heart struggles to pump enough blood to the brain for it to recuperate. Otherwise, a knockdown, or, a knockout is forthcoming when one is unable to cope with the degree of the impact.

If a rabbit punch is thrown accurately and with enough power it may cause damage to our cervical vertebrae and our spinal cord.

Due to the high risks involved, there should be zero tolerance to intentional blows to the back of the head. Again, this is why there is a call for higher penalties for rabbit punches as opposed to ordinary fouls.

If a Rabbit Punch Causes Death or Paralysis, Are There Legal Consequences?

With boxing being one of the oldest sports in the world and with all the reports of deaths, long-term injuries and paralysis due to rabbit punches, we would not be surprised anymore if numerous cases may have been filed in court.

However, it is doubtful in our opinion if the case should hold enough merit to prosper. Being in a highly physical and combat sport, every licensed prizefighter should be aware of the risks involved before partaking in it.

It is understood- impliedly and expressly (through contracts)- that injuries or even death could arise at any time during the practice of their chosen profession, or considerably afterward, albeit of related causes.

Both parties understand and agree to the conditions involved way before they climb up the ring to fight.

Therefore, to hold one criminally liable for the death or possible life threatening injury of another resulting from a rubber match would be somewhat contradictory to the risks involved and accepted as signatories to a contract to fight.

As pointed out, even fouls are EXPECTED to occur to some extent during a fight. It is almost next to impossible to determine “intent” behind even every foul, not to mention the burden of proving it.

Unless something completely out of the ordinary is acted out where criminal intent becomes unquestionable, it is hard to imagine a case of this type to come out successfully in our criminal and civil courts.

This is why they are illegal..

Even veteran prizefighters should never reach a point of complacency, should never underestimate the scale of possibilities that may occur in a boxing match.

When two people climb up the ring to contend, in one way or the other, they are unmistakably in a survival mode. Anything can happen in the heat of a moment.

Our fists may not have been designed originally as weapons but they are made such, without a shadow of doubt, in the case of hard as nails prizefighters. Always take the highest precaution to avoid illegal blows and whatnot.