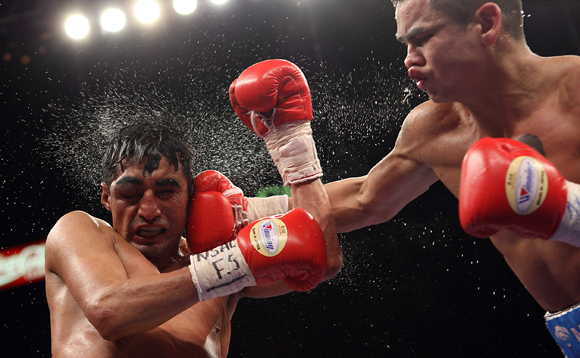 Imagine this scenario: you step into a boxing ring for the very first time and take a look at your opponent, trying to measure their strength against yours. Can you win this fight?

When looking your opponent up and down, where do you look? Where does their boxing power come from?

If you’re like most people, you’re probably looking at the shoulders, chest, arms– basically just the upper body. We associate strength with the showy muscles. While someone with massive deltoids can clearly pack a wallop, a strong upper body has less to do with how hard someone can punch than you might think.

When you have two equally developed fighters, pecs and delts might start to have an effect, but until then, a lot of your power comes from your legs. To prove it, try standing in front of a heavy bag, with your feet squared up. Without twisting your body, just throw a straight punch and you may be surprised to find that the punch lacks force.

Sure, a punch thrown in this way will hurt someone but if you are up against a tough, experienced boxer then it isn’t going to cause them too many problems. In some sports, such as Muay Thai, it is through kicks that fighters really do damage. However, in traditional boxing you need to find a way of transferring the power from your legs into your fists.

Isaac Newton, the father of gravitational theory, developed three laws of motion. The third law is that “for every action, there is an equal and opposite reaction.” That means that when you jump in the air, not only are you pushing on the floor, but the floor is also pushing against you, propelling you into the air.

What that means means for throwing a punch is this: when you throw that squared up punch, with no legs, all of that force is coming from the small muscles in your shoulders, chest, and MAYBE your back (although not if you’re truly squared up). Since there’s not much mass up there, any amount of “reaction” is going to be minimal.

On the other hand, when you use your legs correctly, everything changes. Your legs are the biggest muscle group, and they’re able to exert a lot of force. They push against the floor, and the “reaction” is monumental in comparison.

While we refer to legs as a single muscle group, there’s actually a lot more going on down there. The mechanics of a punch are incredibly complicated, which is why it takes so long to master.

If throwing a punch were easy, it’d just be a matter of who could build the strongest legs. Of course, to an extent, that still is where boxing power comes from. But there’s a reason why a lightweight fighter could easily knock out a weight lifter twice his size. The fighter knows how to throw his mass more efficiently. The weight lifter might have more of it, but he’s not trained in the technique.

So since power comes from that equal and opposite reaction, it’s obvious that the mechanics start at the foot. With a twist, you send the power up through your calf, and into the quads and glutes, where most of your mass lies.

From there, you start to propel your upper body forward, where your chest and deltoids actually start to do work. Since it travels this way, you’re able to get your full (or at least as close to full as possible) weight into that punch. You want to use every last bit of your body to deliver the knockout blow. You simply can’t get full boxing power without that entire chain of energy transfer.

One simple solution to getting more power is to punch more. Heavy bags are great for mastering technique and learning how to get more boxing power. Plus, by using your body correctly, you’re building strength in the right places.

However, every single fighter does that. Succeeding in boxing is all about getting an edge over your competition. Sometimes it’s speed. Sometimes it’s your ability to take a punch. But let’s talk about building a boxing power advantage.

Assuming you have the technique nailed down, there are certain exercises you can do to get the most out of your legs.

Deadlifts – Deadlifts are the power kings. There’s no exercise that will add lean mass like this. It mostly focuses on your glutes, hamstrings and back, but it reality it targets a whole chain of muscles from the floor to your shoulders. Try them with a trap bar, and not only will it save your back, but it will also hit your quads more. Some think of this style as more of a deadsquat, but unless you’re training as a power lifter, that’s a little more up your alley. 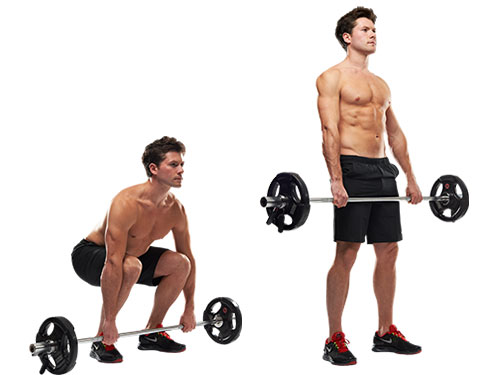 Front Squats – Both front and back squats are great for building leg strength, but front squats are a little bit more suited for athletes. For one thing, they’re more functional. In everyday life, how often do you lift something on your back? Now how often do you lift something in front of you? We do the latter much more often, which means it’s the more functional movement. Front squats also force you to use your core to stay upright, which means more of your body is incorporated, and you’re training your abs. 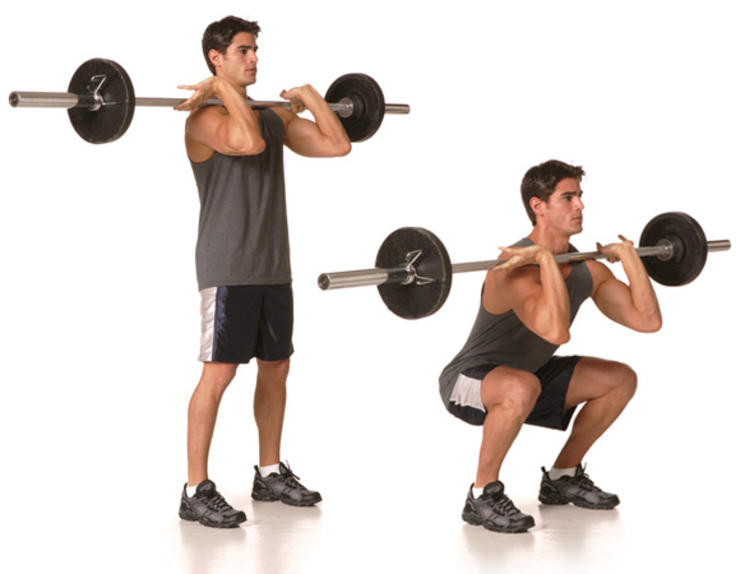 Power Cleans – As much as I love Olympic movements, they aren’t going to build as much strength as your powerlifting motions (Squats, deadlifts, bench presses). However, as the name implies, they’re still going to get you more power. With ballistic movement, you’re training your body to get used to releasing a burst of energy. It also forces you to push against the floor to propel your body upward. But even if power weren’t your concern, Olympic lifts are great for boxers for their fat burning characteristics. 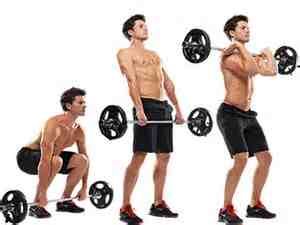 We’ve pretty much covered the legs issues so far, and in reality, legs are still the king. However, that doesn’t mean you can neglect everything else. Your upper body training doesn’t have to be as strenuous, but one muscle group is still crucial for power; your abs.

If you’ve ever taken even elementary level karate, one of the first things you will have learned is that big exhale as you punch. That’s why “hi-ya” has become such a stereotypical utterance in martial art movies. But as clichéd as it may appear to be, it actually serves a purpose. Breathing out like this forces you to release the air in your lungs and, more importantly, tighten your abs.

Your abs play three huge roles in a punch. First, they’re what really connects your lower and upper body muscles. If you have tremendous leg strength, but no core, all that power is just going to get lost. Second, your abs help with the snap back. That snap isn’t as important in boxing, as it’s a bit of a more strategic sport, but a strong snap back still puts more heat into your hits, and then helps you get back to a guarded position.

The last one is a little less obvious. It’s not about helping you mid-fight, but pre-fight. Every exercise you do puts strain on your lower back. Most of that strain is good. However, abs are there to prevent it from becoming bad strain. If you have weak abs, everything from front squats to bicep curls can become dangerous for your back. You need to keep a strong, active core, or you’re going to injure your spine. A spine injury could very easily mean the end of your career.

So to summarize, your abs are important for connecting the power of your legs to your upper body, and keeping your lower body training safe. Essentially, strong legs are worthless without strong abs. That’s why leg exercises like power cleans are so important, because plyometric lifts incorporate a LOT of core activation.

The next time you’re facing another boxer in the ring, don’t look at the arms. Look at their legs. If they are clearly skipping leg day, chances are they’re not a fighter. Boxing power comes from down low, so you will get a better measure of your opponent’s true power in this way.

A good boxer knows how to get the maximum advantage of over rivals in any way possible. Train your legs, and train them hard if you want to be able to throw punches that have a huge impact.

That knock-out punch is just a few hundred deadlifts away. Champions are not just built in the gym. They’re built in the squat rack.

Check out this awesome ab workout below! (good luck!!)