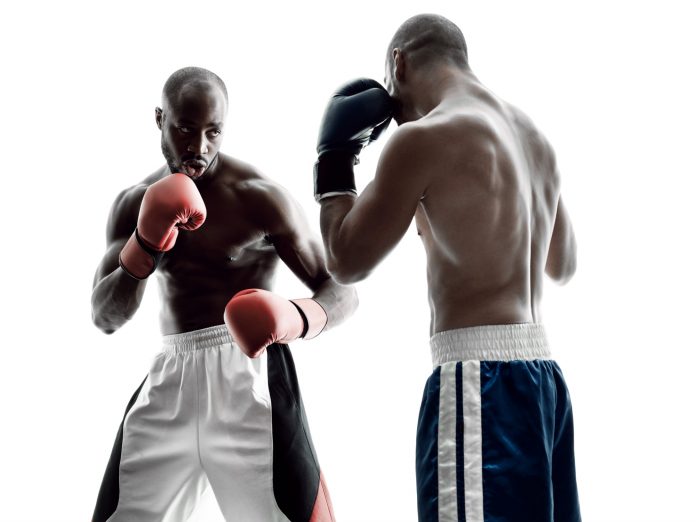 Whether you’re a beginner boxer or hoping to go pro, your training has introduced you to a variety of techniques to beat the odds. But what if there was a way to increase your odds of winning, regardless of who your opponent is?

Consider that among the primary boxing stances, there just might be one that’s more successful than the others. Beating an opponent comes down to more than skill and stamina, so using the boxing stance that gives you the most power, protection, and control gives you a higher chance of winning.

What’s in a Stance?

As any good trainer will tell you, establishing a solid stance will start any fight off right. Your primary goal is to stay on your feet and preserve energy. That means being ready to throw punches and deflect them, so balance is critical.

Benefits of the Proper Stance

Taking the right stance can help make your time in the ring more productive and efficient. If your position is weak or incorrect, you’ll be losing energy rather than storing it. Still, depending on whether you’re right- or left-handed, along with factors like your fighting style, you’ll find that one stance may feel more natural than others.

Maintaining a proper stance benefits you in a number of ways:

While there are endless variations of stances, particularly across the global boxing scene, the most common are upright, semi-crouch, and crouch. First, however, whether you’re right- or left-handed dictates whether you adopt an orthodox or southpaw stance.

Orthodox, or right-handed, boxers use a left foot forward stance. This primes their punch for the most power. Southpaws, or left-handed boxers, use the opposite position, with the right foot forward. Precise positioning varies based on each fighter’s approach, but there are drawbacks to both primary stances based on one’s opponent and his or her strengths.

Apart from orthodox versus southpaw, there are multiple variations on standard boxing stances.

An upright, or on-guard stance, means a boxer’s legs are shoulder-width apart with their feet parallel. Orthodox boxers will adopt a left-foot-forward position and keep their right heel off the ground. One arm (the left) protects the face, while the other arm (the right) protects the body.

A boxer in upright stance also protects his chin by tucking it downward and keeps his elbows tight to his body to protect his ribs.

The peek-a-boo incorporates a crouch into the classic upright position. Essentially a semi-crouch, the peek-a-boo stance positions a boxer’s arms in front of his or her face. This defensive stance helps boxers to avoid punches while anticipating a counterattack.

In a crouch position, fighters lean forward and place their feet closer together. This is often taught as a preliminary stance to master and then modify to suit one’s fighting technique.

While it can make throwing a hook easier, the Philly Shell stance also makes it tougher to jab. This stance uses the lead arm in a lower position for body protection, and the rear hand to protect the jaw.

A cross-guard stance requires a wider base and is optimal for defensive positioning, but it requires more power to launch an offense.

Because it’s often said that southpaw boxers have an edge over orthodox opponents, boxers often worry that going up against a southpaw spells certain defeat. But in 2014, researchers performed a study of 340 boxers to determine whether orthodox or southpaw fighters had a more effective stance.

The boxers in the study came from the top 150 in each of the 17 weight divisions, and their average win rate was 87 percent. 75 percent of the study’s athletes adopted an orthodox stance, while the other 25 percent were southpaws.

The study’s results showed that boxing stance had no visible effect on the boxers’ victories. However, the data also highlighted that both southpaw and orthodox boxers stood a better chance of winning against orthodox boxers than they did against southpaws.

This was a surprising discovery in the study because while researchers couldn’t say that southpaws won more often in both studies, there were more of them than expected that ranked in the top 150 of their weight classes.

There’s also no indication that people who adopt a southpaw stance are better fighters, only that some of the higher-ranked fighters are southpaws. Therefore, a right-dominant fighter who uses the southpaw stance will likely not have the same power as someone who is left-dominant and uses that stance because it feels natural. Although, this is apparently not true of Manny Pacquiao, who seems to switch stances easily. See the video below for Manny’s demonstration of both orthodox and southpaw stances.

Despite the research that showed more southpaw boxers were better than researchers expected, more trials would give a better analysis of which stance is ultimately superior. That said, depending on a boxer’s strengths, there may not be a clear answer across the entire sport.

There may not be one boxing stance that guarantees a win for every boxer every time, but there are ways to ensure you’re getting the most power, protection, and control out of your stance. Unfortunately, there isn’t a secret formula for winning matches, but mastering the stance that accommodates you best is the ideal foundation on which to build your boxing technique.