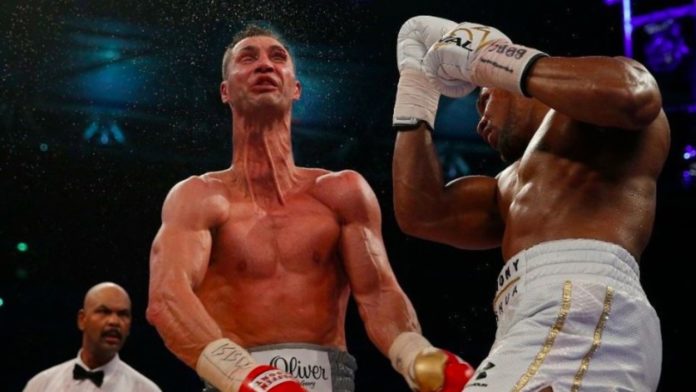 Stepping into a boxing ring without being aware of the basic moves is like walking into a war zone without knowing how to use your weapon. This is a highly dangerous sport and even experienced, trained fighters have died or suffered horrific injuries in the past.

If you are brave enough to get into the ring with another fighter then there are a number of important issues that you need to be aware of. Chief among these are the four essential punches that every boxer has to have in his armoury if he plans to succeed. This is a short, sudden punch that is delivered with the fighter’s weaker hand. So, a right handed boxer will use left jabs and a southpaw will use his right to land them.

The jab is the most commonly used punch in the sport and should be starting point for anyone who is learning how to box. The versatility of his punch means that it can be used as both an attacking tool and also for defensive punches.

When used well, the jab can help to keep an opponent at arm’s length and can also help to create opportunities for delivering more powerful punches.

How the Jab Works

All of the stances given are for a right hander. Southpaws just need to reverse it.

Larry Holmes is widely regarded as having had the best jab in the business. Other boxers who could dominate fights with impeccable use of this punch were Muhammad Ali, Sonny Liston and Thomas Hearns. Basically, any of history’s great fighters had a solid, dependable jab that they could use to devastating effect.

This great video shows up some of the most memorable jabs to have ever been delivered.

This is a straight right or a straight left that goes directly to the opponent’s most vulnerable areas. The fact that it is a straight punch means that when it connects firmly it is arguably the most punishing type of blow for a boxer to take.

However, the downside to this is that it leaves the person delivering it exposed to a counter attack. A smart boxer will use his jab to open up an opponent before adding a solid cross to his combination to punches.

For a right hander, the straight will obviously be more powerful than a straight left, which is likely to work more like a jab in keeping the other guy at a good distance and on the back foot.

How the Cross Works – Straight Right

How the Cross Works – Straight Left

Famous Examples of the Cross

Floyd Mayweather had one of this generation’s best crosses, while Thomas Hearns’ straight right was legendarily effective at blowing people away. Lennox Lewis, Joe Louis, Mike Tyson and George Foreman are a few other guys whose right hand you definitely did not want to see looming towards you.

This tremendous video reminds us of the most brutal right hand knockouts in history, with many of them being straight rights that left their victim dazed and beaten.

This is another valuable weapon for a boxer to possess. The hook can be a stunning little surprise for your rival, as it swings in viciously from the side, where they don’t see it until it is too late.

A good short hook can come either the left or the right – adding to the element of surprise. Although it will normally be stronger coming from the boxer’s strongest side, a left hook from a right handed boxer can be unstoppable due to the surprise factor.

How the Hook Works

Famous Examples of the Hook

Joe Frazier’s left hook is one of boxing’s iconic punches. Some fans maintain that to this day the left hook used by Sugar Ray Robinson to knock out Gene Fullmer is the finest punch every thrown. Good right hooks are perhaps slightly harder to come by, with Marvin Hagler being one name that springs to mind.

Take a look at this video featuring some of the best right hooks to ever get launched.

This is one of the most spectacular ways to end a fight. The uppercut is delivered from up close and can catch even experienced, wary boxers by surprise.

Some of history’s most explosive knockouts have come courtesy a well-timed uppercut that left the losing boxed wondering what day of the week it was and why the heck all those people were spinning around in front of him.

This punch rises up from under the person on the receiving end and ideally will land on his jaw. An uppercut can be left handed or right handed. The one big disadvantage to this blow is that if it fails then it leaves you wide open to a counter attack.

How the Uppercut Works (Right Uppercut)

Famous Examples of the Uppercut

The first names to come to your mind here may be Mike Tyson, George Foreman and Lennox Lewis. Tyson delivered a few of the most famously savage uppercuts in history, while he was also finally undone by the same punch, when Buster Douglas put him down for the first time in his career. However, it may be Joe Walcott’s extraordinary uppercut in his third fight against Ezzard Charles that can be classed as the prime example of this punch.

Enjoy this collection of 50 outstanding uppercuts that will make you wince.

While most boxers have a type of punch that they favour, anyone looking to make a career in this sport needs to have a sound knowledge of all 4 of these classic punches to stand a chance.