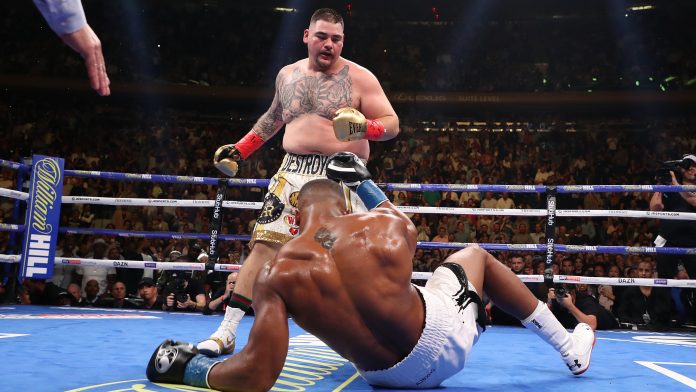 When you step into a boxing ring, you know there’s always the chance that you’re going to take one right in the jaw or temple and end up on the ground.

As much as you can try to avoid it, amateurs with headguards have been knocked out so you can imagine how easy it is for a pro to get knocked out.

Taking a hit in the head, if placed well, will knock you out if you’re not careful. When you do eventually get knocked out, your body will go stiff as well as your limbs, and then after that you just fall to the ground.

Between getting knocked out and waking up doesn’t feel like too much time at all to a fighter.

The punch comes, the light goes out and so do you for a while, and then you’ll usually come back fine if you follow any medical advice.

There’s a good rule of thumb for the assessment of needs for further treatment by a physician. If you’re down for 1 minute or less, then a general practitioner will be able to follow-up to assess neurological damage.

If you’re down for more than a minute and you’re not okay within 5 minutes, it’s important to go to the emergency room and get a full neurological check to rule out anything from an aneurism to a haematoma.

Neither are good to have, and going to the emergency based on this rule could save your life one day.

What’s The Difference Between a Knockout and a Concussion?

Regular people, the one’s that don’t understand the love of the sweet science, will often mistake a concussion for a knockout.

The good news is we know better. Getting a concussion doesn’t mean you were knocked out, but it’s almost entirely true to say that the vast majority of knockout cases have a concussion.

Concussion cases on the other hand can happen without the need for a knockout to take place.

Some people take massive hits to the head, and then go on to continue fighting. This happens without a fighter losing consciousness.

Knockouts usually involve multiple impacts of varying strength before a knockout punch is achieved, (unless you’re the bronze bomber).

By the time most boxers get to the point of being knocked out, they’re already concussed.

What Happens To The Brain When You Get Knocked Out?

The brain isn’t just stuck in a position in the skull where it stays their without help, cerebrospinal fluid is what keeps the brain where it needs to be.

This is why when you have a spinal tap, you’ll have a big headache until your brain is back where it’s supposed to be when your body makes more fluid.

When you take big punches to the head, the brain may end up bouncing off the skull. This is something that hurts a hell of a lot when you take it, but when you land it and see an opponent go down it’s pure ecstasy, only when you know they’re okay.

That knockout punch that so many boxers go to great pains to avoid is something that has been seen time and again for many years by many boxers.

But what happens when you get knocked out is that your brain is actually overloading that leads to a paralysis of an almost always temporary nature.

How Dangerous Is It When You Get Knocked Out?

When you get knocked out, there are a few factors to consider before going out of your mind about any lasting damage to your brain.

Also, a quick warning, if you’re willing to get into pro boxing there is always a chance you’ll end up with life changing head injuries. Here are the factors to consider:

How Easy Is It To Get Knocked Out

The answer to this one may surprise you. Normally when you think of a knockout punch, it’s incredibly powerful.

It doesn’t actually take that much pressure. 5PSI (Pounds per square inch), placed well on the jaw can knock someone out cold, which is very strange considering that’s less pressure than a lot of people are capable of producing. 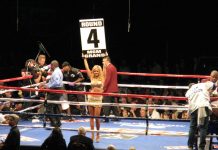 How Long is a Boxing Round? From The Pro’s to Amateurs