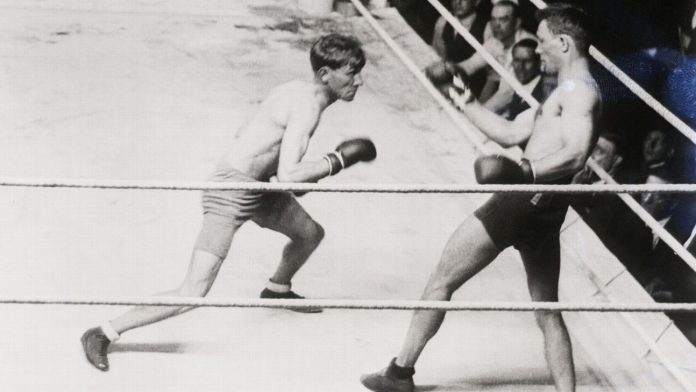 Throughout the ages, boxing has been a sport that demonstrates talent, courage, and sheer determination. Many records have been made and broken as well. This sport definitely pushes human capabilities to its limit.

When it comes to boxing, only the best among the best have been able to amass a continuous streak of wins. When a boxer goes on wrecking every single opponent on his path, he builds a legacy that will be told again and again.

Do you know who has the longest undefeated streak in boxing?

I’m pretty sure you must be thinking it’s Pacquiao or Mayweather. Though there are many contemporary impressive boxers, it’s actually John Wilde, the legendary British boxer, who established the record for the longest streak of wins in boxing history.

His name might not be so familiar as he belongs to a bygone era, but what he has established in boxing history is quite unlikely to be broken anytime soon. In fact, it might never be outdone again.

Even the impressive 50-0 streak of Mayweather before he hung his gloves pales in comparison to the 93-0-1 professional streak by British boxer Jimmy Wilde.

Jimmy Wilde was just 5ft 2inches tall and weighed 100lbs. He was well known by his moniker “the Mighty Atom”. From 1911 to 1923, he competed in the lower flyweight division. He amassed a lot of popularity and went on to knock down his opponents one by one until 1915 when he was stopped by Tancy Lee in the 17th round.

Wilde would hang his gloves with an impressive record of 132-4-1. He’s widely regarded and revered as one of the best flyweights in boxing history as well as one of the greatest British boxers to ever step inside a boxing ring.

While it’s true that the legendary European and World Champion achieved his impressive streak exclusively from the United Kingdom, it can’t, however, be denied that it’s still a record that’s almost impossible to be broken.

Wilde suffered from poverty and was raised in Tylorstown. From a very young age, he was working in the pits and in order to supplement his income, he turned to boxing.

His continuous winning streak achieved notoriety and legendary status there, it’s often believed that before his official record began in 1911, Wilde engaged in hundreds of fights inside the ring.

In his unique and outstanding boxing style, he would always try to stay in range, employing sways and slight movements in order to trick his opponents into missing their hits and eventually overwhelm them with his powerful concussive blows.

Wilde would go on to establish a stunning career with a remarkable knock out ratio, he earned his first major title when he claimed the European Flyweight crown by defeating Eugene Husson in 1914.

World War 1 put a stumbling block on his boxing career. He went on to serve in the army.

He was also very enthusiastic and competitive in boxing. When he found it difficult to find worthy and competitive opponents at his weight class, he would actually go up against much larger and heavier opponents before eventually knocking them down with his power-packed punches.

This eventually led to his first defeat in 1915. Despite coming into the ring positive of another triumph, the Welshman was stopped in the 17th round by the Scottish great Tancy Lee.

This fueled him and Wilde went on another impressive winning run ultimately clinching the British title in February 1916 by defeating Joe Symonds.

The 1916 February clash was unofficially considered a world title bout. Wilde had to wait until December of that year to cement his 125th professional match for a legitimate shot at the title.

Almost past his prime, Wilde embarked on his six-month tour of North America. It was actually this tour that put him on the world map and established his worldwide reputation.

Wilde aced 10 of his 11 fights across the Atlantic, losing just a single newspaper decision in his bout with Jackie Sharley.

Wilde might not be very well known these days but he remains one of the greatest boxers of all time. Streaks like those of Sugar Ray Robinson or Mayweather might sound more impressive as they fought with more renowned competitors compared to Wilde who fought exclusively in the UK.

However, it still can’t be denied that it’s an astounding feat which isn’t going to be broken for a long time, if ever.