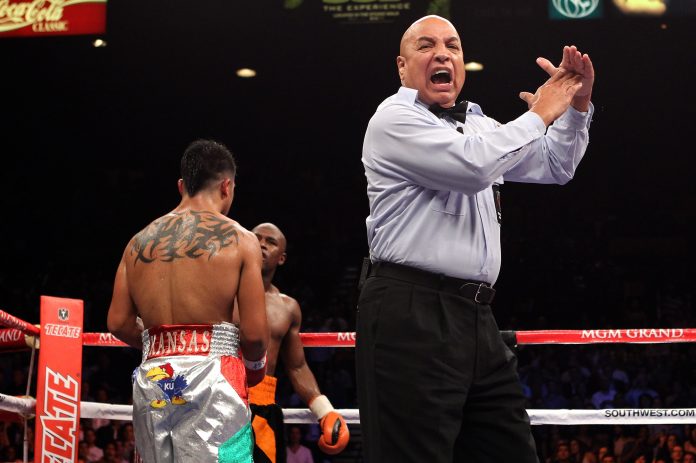 Boxers may be the main attraction of a boxing match but regardless of how famous a boxer is, referees are statutory. The rules inside the ring are enforced by the referee and no one can question it.

Not all referees earn peanuts as you might think. Some of them even become just as famous as the boxers and earn a six-figure salary or more. They also get to travel the world in luxury to oversee title fights.

The earnings are significantly lower in local and smaller venues. Most referees volunteer rather than depend on it to make a living.

Curious about how much they actually make? Well, there are a number of factors that determine just how much goes into the pockets of these referees.

When it comes to professional boxing, the match promoters choose the referees and pay them their salary. The range of their salary can widely vary. It can start from a mere $150 and go all the way up to a lavish $25,000. Generally, reputed and famous referees who officiate fights between famous boxers or championship matches earn a much higher salary.

The salary of the referee also depends on how many matches they officiate annually.

The salary can vastly differ between low-end and top-earning referees. The median salary of referees, umpires, and other similar workers stood at approximately $23,000. Lower-end salaries ranged at around $15,000, while mid-tier salaries ranged between $18,000 to $40,000. Top-notch and elite referees earned as much as $63,000 a year.

Factors That Affect a Referee’s Salary

There are several factors that affect the salary of a boxing referee like professional or amateur status, location, experience level, etc. Here are four factors that have a major influence on how much a referee can make in a match. 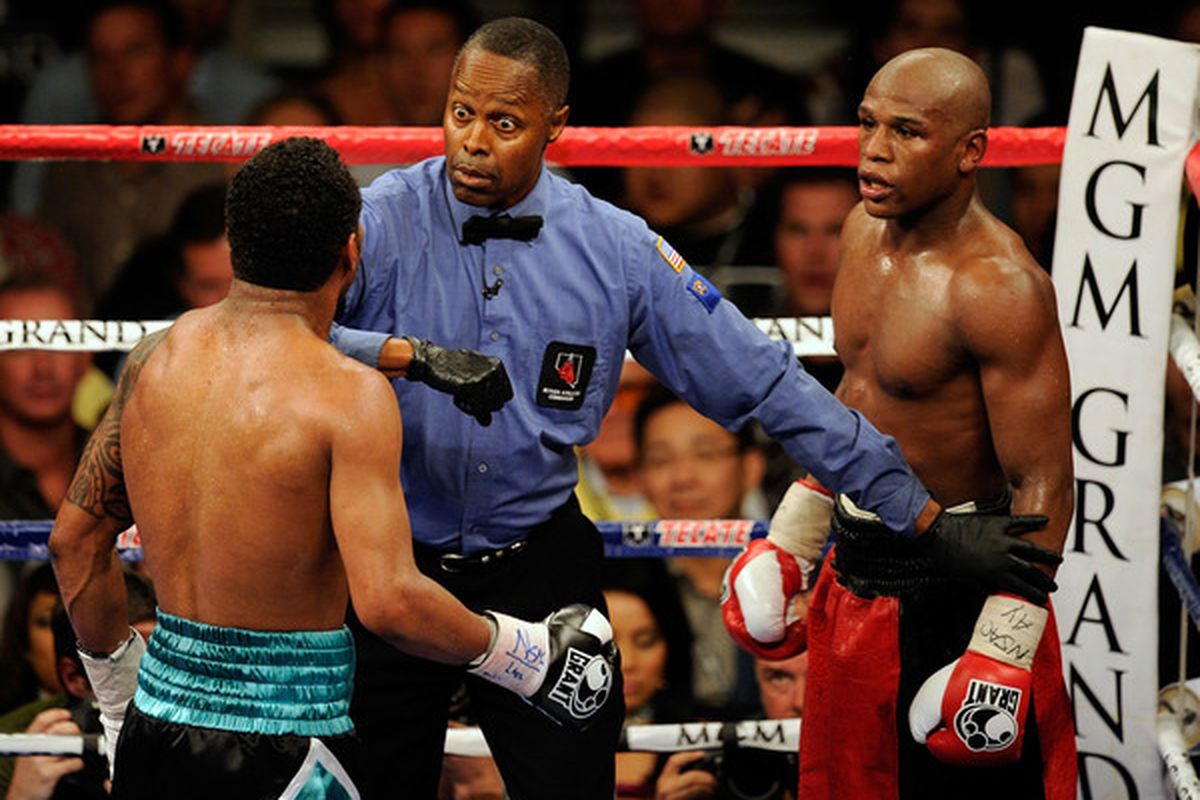 World title fights generate a huge amount of revenue in boxing. Likewise, even the referees associated with the fight generally mint quite a lot of cash. For a single fight, they can bag as much as $20,000.

During the iconic Pacquiao vs Mayweather match, the officiating referee Kenny Bayless took home a record $25,000 for a single match.

Salaries of boxing referees can vastly differ. Some renowned referees make the same amount of money in a day what amateur referees make in a year. Reputation and profile matters. A lot.

In comparison to title and professional matches, amateur referees earn significantly less. It’s mostly carried out as a part-time or volunteer work on their part. A practical test and an examination are conducted to test if the applicant is fit to be a referee.

However, offering to work for free can also make a positive impact on the referee’s portfolio. It can often open doors and lead to better officiating opportunities in professional matches with higher earnings. Most referees usually start small in their careers.

The location of where the referee operates is also very important. In countries like the United States, where boxing as a sport is wildly popular, established referees can make a lavish lifestyle just by officiating matches. Eminent referee Joe Cortez commented that boxers tend to earn much more in Nevada.

However, in less advanced countries or in countries where boxing is not widely appreciated, people often become part-time referees or volunteer for free. It can be very difficult for these referees to get by solely from the money they make on this job.

Howard Foster, one of the most prominent referees of the UK, once remarked that the salary he receives from officiating matches is not even enough to pay his mortgage. He actually had to work another job in the building sector.

MMA is quite different from traditional boxing. But similar to traditional boxing, enforcement of rules is done by the referees. Their salaries depend on how much the event will generate and it ranges from $200 up to $1200 per event.

In MMA, the referees are assigned and their salaries are also decided by the athletic commissioner in contrast with traditional boxing.

It’s certain that the salary of referees can differ enormously. While some travel the world and bank in six-figure salaries, most struggle to get by and earn barely enough. But it’s not unusual that most referees, even the elite and renowned ones, often hold another career outside of their officiating works.

The portfolio, reputation, and nature of the match seem to take primary importance in deciding the salary of a referee.