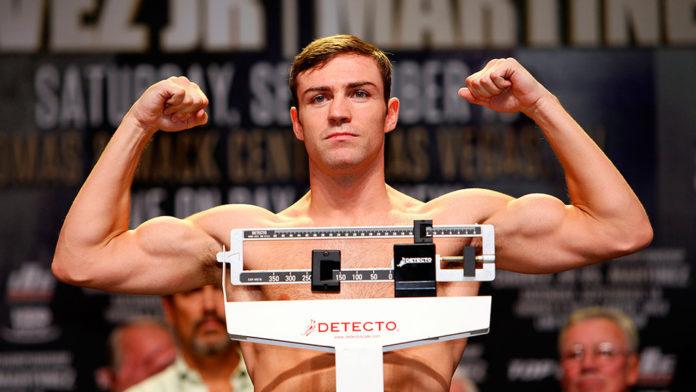 In boxing, like all combat sports, there are weight classes. The reasons are obvious. For example, Mike Tyson beating up Manny Pacquiao wouldn’t be a testament of skill, but of Tyson holding 100lbs over his opponent.

Pairing off rivals by weight class makes sure the emphasis is on skill, and not sheer size or weight. It’s what keeps boxing a noble, intriguing sport that we love watching.

It’s also what makes boxing a great sport for amateurs. With other competitions, natural gifts take precedent. That’s still true in boxing, as not every boxer can be the next Ali, but weight classes even up the playing field.

You won’t have to deal with those naturally endowed with higher mass, so more of your success is up to how hard you’re willing to train. Pacquiao can’t put on that extra 100lbs in the gym, but he can still train hard enough to become one of the greatest boxers of all time. That’s what boxing weight classes are for.

When you think of weight classes, there are probably only a few that come to mind. Of course, you will be familiar with heavyweight and lightweight, and it you’ve done any sort of research, you know about welterweight as well.

However, it’s actually a lot more in depth than that. While professional and amateur are different, classes are divided by an upper limit of every 10 or so pounds. Yes, it can get complicated, but it works in your advantage, as you won’t be a 151 pounder fighting a 169 as “middleweights.”

So where do you fit in? First we need to break down the classes that you might encounter. If you’re new to the sport, you’ll probably be more concerned with finding your amateur weight class. Below is a table that breaks down both adult categories.

As you can see, there aren’t too many differences between men and women’s weight classes, except a few pounds here and there, and a few gender exclusive categories. The main difference is on the heavier end. While amateur men have a “super heavyweight,” women 178.6lbs and up are all lumped into one class.

Where You Want to Be, Not Where You Are

So to determine your weight class, the obvious move is to just find your weight, and put yourself in that box. However, nothing’s that simple. Your weight is going to fluctuate a LOT over a training program. You might put on muscle weight; you might lose some fat. In reality, a lot of professional boxers spend the entire time between fights a few pounds over their class, and slim down in the final weeks.

With that in mind, the best option is to pick the weight class that you WANT to fight in, or that you would succeed the most, with an upper limit at a weight you could realistically drop to in about 2 weeks’ time. There are a couple of reasons for that. The most obvious one is that a 165lbs middleweight has an advantage over a 155, yet they’re still going to be fighting.

But it’s not all about weight alone. That 155 pounder could still have your number. The size difference won’t matter if they’re pummeling your face. Yet, there’s still one key advantage that you can get over him. For an example, let’s cross into a different sport, MMA.

In 2016, Conor McGregor dominated the UFC scene. Yet, he was dealt a huge blow in March of that year against Nate Diaz. McGregor, who most would consider to be the better fighter, was knocked down a peg. Why?

Of course Diaz is a great fighter, but he had one major advantage: McGregor was fighting up from his normal weight class (light or featherweight), while Diaz was sitting where he’s comfortable. Both men are listed around the same weight, so it wasn’t a matter of Diaz’s size advantage. McGregor was simply outpaced. The normally spry fighter couldn’t keep up. That’s because while he was bulking, Diaz was staying trim and light.

Put simply, when you bulk up, you’re going to get sluggish. It doesn’t matter how much weight you have to throw around if you can’t throw it fast enough. While boxing doesn’t have as much jumping, crawling, and explosiveness as MMA, you still have to stay light on your feet. By aiming low, you’re ensuring that you’ll be at your lightest when you enter the ring. You’re also trying to ensure that your lightest will be heavier than your rival.

The idea of fighting “where you want to be” is vague. It makes a good headline, but probably raises some questions about picking that ideal weight class. Fortunately, there is an exact science to it.

If you look at even the heaviest of the heavyweights, they’re all incredibly lean. Tyson, Foreman, Ali; they all were all cut when they walked into ring (at least in their prime). That’s because they fought at as close to their lean body mass as possible. Your lean body mass is just the weight of your muscles alone. You take your fat stores out of the equation.

But for professional heavyweights, they are generally tall walls of muscle. They’re fighting at well over 200 pounds because they’re giants that have dedicated themselves to building lean mass. If you’re just getting into boxing, you’re probably not in the same boat.

You’re probably in the weight class you fell into based on a little extra body fat, and that’s nothing to be ashamed of. Normal people don’t need 10% BF, which is the ideal fighting percentage for men. Even if you’re in great shape, you’re probably sitting much higher.

So before you get serious about fighting, you need to find what your idea weight is. The easiest way to calculate that is to take your total body weight, multiply it by your body fat percentage, then subtract that number from your total weight. This will give you your lean body mass. Take that number, and add 10% for men, and 19% for women. The new weight you get should be your goal competition weight.

Of course, this is more definite for people that have been training for a while. They know that this is the amount of muscle they usually carry, so they know this is the weight they’ll ACTUALLY be at 10% body fat. For rookies, this is only a temporary goal post.

If you’re starting out thin, chances are you’re going to put on some muscle quickly as your body adapts to training. So six months in, your lean body mass will be greater, and therefore your ideal weight will be too. Really the only consistent measurement of success is your body fat. Your goal body fat will NEVER change.

Unfortunately, measuring your body fat every day is impossible for most people. The readily available methods are inaccurate, and they can throw off your perception of your body. The only trustworthy measurements come from trained professionals with specialized equipment.

So, unless your gym offers this kind of testing, your best bet is getting it tested at the beginning of a training program, and using the ideal body weight you calculate to measure your progress. If you have the means to update every month or so, go for it.

If boxing is just a fun exercise method for you, it’s not crucial that you join a true boxing gym. Most commercial facilities have a punch bag. But if you’re really ready to dive into the sport, there is no substitute for the real thing. Not only is regulated sparring a crucial part of your training, but you’ll also be surrounded by people that know how to train a boxer.

Training like a boxer is a unique situation. Maintaining strength while maximizing fat loss isn’t something that a standard personal trainer is qualified to do. A boxing coach will know the exercises that won’t damage your shoulders. They’ll know exactly how to prioritize the various goals someone training to fight has. They’ll probably even know exactly what you need to eat to achieve them (hint: it’s not raw eggs in a cup).

Finding your ideal weight class is hard. Training to get there is even harder. Check in your area and the chances are you can find a gym with group instruction to get you started. This is when most of that early on muscle gain will take place. This is the perfect scenario, because once you get started with one-on-one coaching, your ideal body weight won’t fluctuate as severely. You’ll be able to use the number that you calculated more accurately.

If you’re just starting out, a lot of this information might go over your head. If you’re new to fitness and athletics completely, and yes, people do start completely fresh with boxing, the info is completely useless. You need to get your feet wet before you start to think about weight class.

However, if you’re a few months in, it’s important to know where you should be fighting. Every day that goes by without a set goal is a day you’re wasting.

Go get your body fat tested.

Get ready to come out swinging.

ABOUT US
BoxingReady is the ultimate boxing resource. The best reviews, fitness tips and general boxing information - we've got the lot. So lace up those gloves and get started.
FOLLOW US
© Copyright 2017-2019 - BoxingReady.com