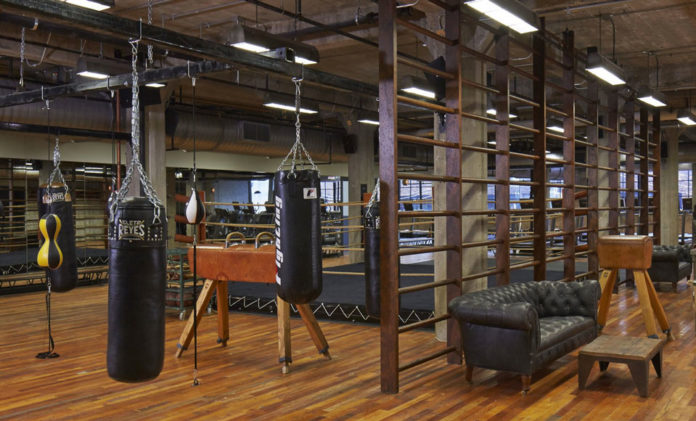 Gym membership has rocketed in recent years as people look to improve their bodies and lifestyles by working out regularly. In the UK alone, there are over 9.7 million gym members looking to get fit. Yet, the majority of these people will fail to get as tough and shredded as they want to be.

Could boxing be a better way of achieving your fitness goals? The fact is that boxing is a terrific way of getting fitter and stronger. It isn’t just for gnarly tough guys with broken noses and cauliflower ears either, as relatively attractive people such as Victoria’s Secret models keep fit through boxing.

Anyone can get fitter by boxing while having a lot of fun and finding out new sides to their own personality at the same time. So, how can this sport help to get you get tough and fit?

If your only experience of boxing training is from watching movies like Rocky then you might think that it is all about punching chunks of frozen lamb for a bit and then running triumphantly up some stairs. While Sylvester Stallone’s training montages are highly stylised, they do give you an idea of how tough it is to train for a boxing bout.

In fact, even without setting foot in a ring you will feel the amazing benefits of skipping, running and everything else that boxers do to get in shape. This type of training routine is fantastic for anyone and you can ramp it as slowly or as quickly as suits you.

Take a look at this training and conditioning video from Antony Joshua to get an idea what a pro boxer has to get up to in order to stay in shape. No matter what type of exercises you normally do, stepping up to doing boxing training is going to see you work out your body far more intensely.

An All Body Workout

It is true that some boxers look at though their legs are kind of skinny compared to their massive upper bodies. Yet, the truth is that it is the sort of workout that gives you full body conditioning. A lot of the strength, mobility and speed of a boxer comes from their legs, although the amount of moving that they do in a fight and in training makes it difficult to build up big leg muscles.

The truth is that boxing training works out every part of the body, as does an actual fight. There is simply no chance of leaving any part of your body weak or flabby once you get involved in this sport to any degree.

As well as getting bigger muscles, it will also increase your stamina, balance and agility among other things. Boxers need to be strong but they also need to be able to move about the ring quickly and be pretty agile too. There can be few, if any, sports that require such an impressive mixture of physical attributes.

Take a look at these astonishingly fast boxers to understand that it isn’t all about brute strength once you get in the ring with an opponent.

Getting Hit a Lot Toughens You Up

There is no such thing as a boxer who never gets hit. Even the world’s greatest boxers receive powerful hits now and then, although there is a short list of legendary boxers who never suffered a knockout during their careers.

Many boxers will incorporate special types of training that toughen up their chins, necks and jaws for fights, such as lifting weights and even chin push ups. However, there is no training routine in the world that can fully prepare you for the punishment of getting pummelled by someone else’s fists during several rounds of boxing.

Of course, there is some debate about how important mental strength is in boxing when compared to physical strength. There is no doubt that all of history’s biggest names in this sports were tough enough both mentally and physically to stand up to severe beatings.

It is easy to remember the rare moments when a boxer showed what appears to be mental weakness. For example, Roberto Duran famously giving up against Sugar Ray Leonard or Mike Tyson resorting to biting ears and other bizarre tactics when things weren’t going his way.

Yet, the simple act of climbing in to a ring and facing up to an opponent requires more toughness that most people will ever have to show in their life. If you like the idea of toughening up and finding out how much you can handle then this is a fine way of doing it.

Boxing is such an intense sport that doing it burns off a huge amount of calories. The fact that it is a stop-start activity with periods or rest and spells of intense activity means that it is both aerobic and anaerobic.

Even just training by shadow boxing or using a punch bag is a tremendous workout for burning off calories, while a fight is even more effective. Don’t forget that boxers often lose a huge amount of weight in the build-up to a fight or else to move down a weight category.

Even the biggest heavyweights and super heavyweights are usually in pretty good shape, with more muscle than fat on them. There are exceptions, of course, with boxers such as Eric ‘Butterbean’ Esch appearing more as novelty boxers or comedy figures than serious professionals in some fights.

Yet, it is dangerous game to step into the ring overweight and not in peak condition. The demands and intensity of this sport mean that the majority of boxers have incredibly low levels of body fat, and it is easy to see why this is the case once you start.

Get a Powerful Core

There is a reason who boxers have such powerful, rippling stomachs. This is largely because the movements required in boxing mean that the body’s core gets an intense workout. You simply can’t compete in this tough sport with a weak core.

Part of this comes from the twisting and turning that is involved in throwing punches as well as evading the rival’s blows. Boxers will also typically work hard on this part of their body in training.

The most famous part of boxer’s exercise regime is skipping rope and this gives a tremendous all over body workout that helps create a firm core as well as good balance and agility.

Just about any type of exercise gets boring after a while, whether it involves running, cycling or anything else. As well as being boring, carrying out endless repetitions of the same movements reduces their effectiveness over time and means that you are only ever working certain parts of your body.

On the other hand, boxing is an activity that is filled with constantly changing demands on your body. Training is hugely varied and when are actually in a fight there is simply no way of knowing what type of workout you are going to get.

Even if you tend to get bored easily while exercising, there is little risk of this happening while you are boxing. The adrenalin rush and the incredible demands of boxing mean that it is something that never gets dull even after months or years of doing it.

Serious boxers will typically also make their trained as interesting and varied as possible. Given that they tend to work out for 5 or 6 hours a day in the weeks running up to a fight, it is important to try and keep it fresh and interesting to maintain high levels of intensity.

It is tempting to take it easy on a normal trip to the gym or a run. Maybe you will chat to friends for a while or take a bit longer than is strictly necessary to get a drink. Yet, when you are training for a boxing bout you will have a huge incentive to push yourself to the limit in order to get ready.

If you don’t push yourself hard in the build-up then you risk entering the ring in poor shape and suffering a severe beating.

Of course, once you enter the ring then there is simply no alternative to pushing yourself to the limit in order to try and win. Entering a fight half-heartedly and without too much effort is likely to enter in disaster for even the most skilled boxer around.

It is good to push yourself to the limit and this is another area in which you will feel the mental benefits as well as physical ones.

If you want to get a tough, fit body then taking up boxing is one of the very best ways of going about it. If you take it seriously then you will soon be fitter and tougher than ever before.

More surprising could be the other benefits that you get, as you feel more confident in yourself from pushing yourself to the limit and testing out your mental toughness. 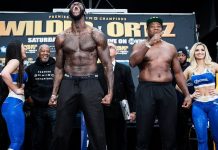 How Do Boxers Gain So Much Weight After Weigh-ins? 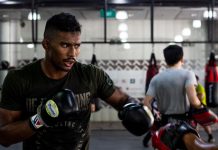 Why Is Cardiovascular Endurance Important For Boxing? 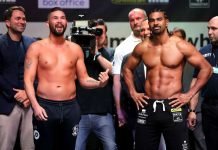 How Does A Boxer Cut Weight For A Weigh In?